This is a followup from my previous post about teams and rankings in MUFA.

Promoting a balanced gender ratio on all the teams is a priority for MUFA. The current rules have a 4-3 men-women ratio on the field. Are teams at least that balanced? It appears that they are, and in an ecouraging sign, the gender ratio appears to be inching closer to parity. We can see this below in a series of boxplots over the past three years. Each box shows the median (green line) and inner 50 percentile (box) along with 50% above and below the interquartile range (whiskers). The 4-3 ratio is shown as the blue dashed line. New rules changes in the next few years may help bring the gender ratio closer to 1-1. 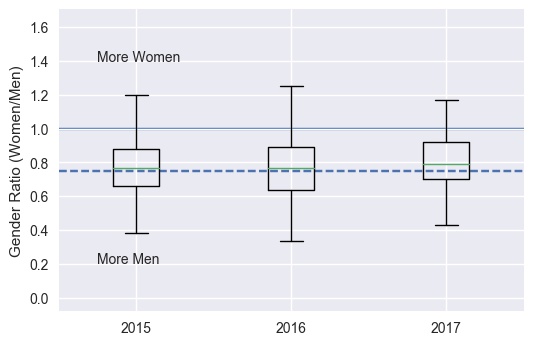 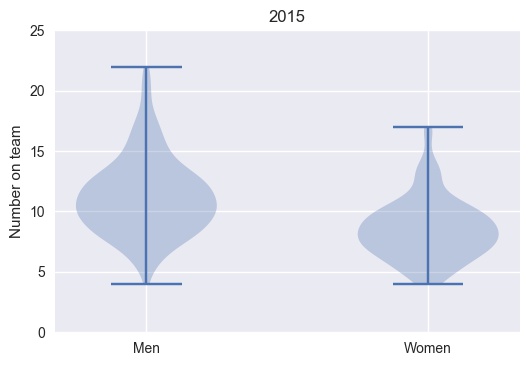 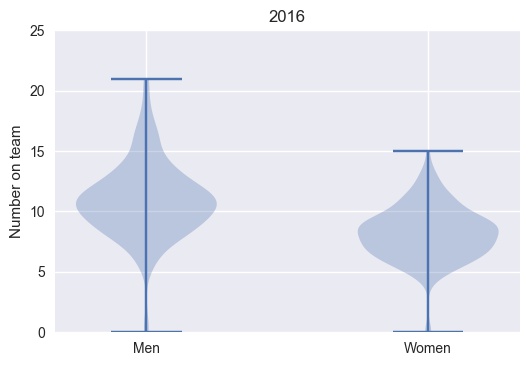 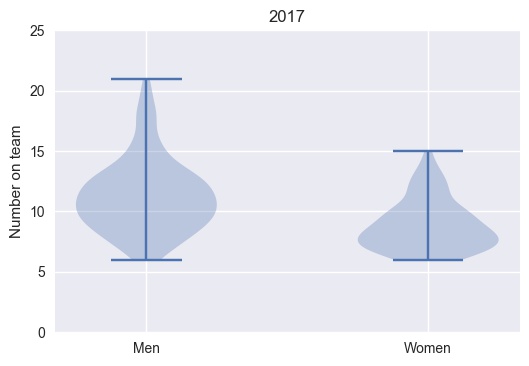