The United States senate is getting older. Don’t believe me? Check out this graph of the average age of each Senate over the entire history of the United States. 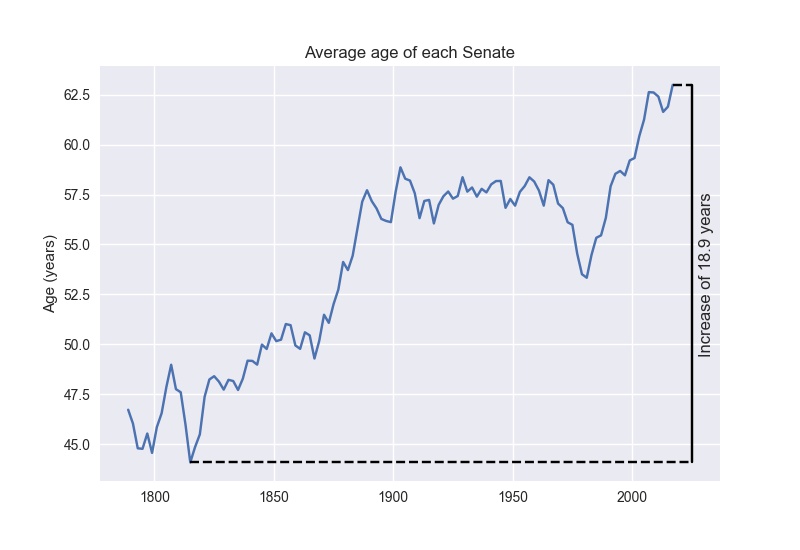 The data here comes from the US Congress biographical records.

I have heard this blamed on the number of terms that each Senator is serving. Each term is 6 years, and looking at the trend, recent Senators have definitely been serving more terms. 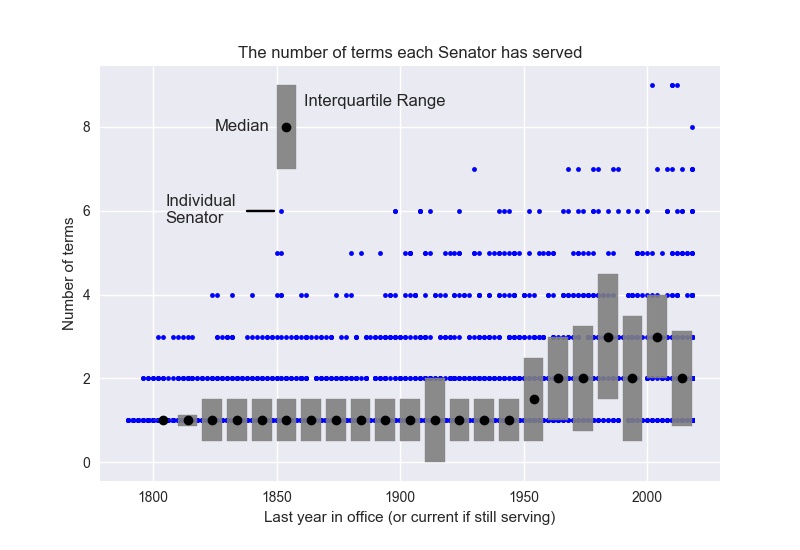 But there is something else at play. The age when Senators enter the senate has also increasing dramatically since the founding of the US. Interestingly, this trend seems to go up and down, likely following other demographic patterns. 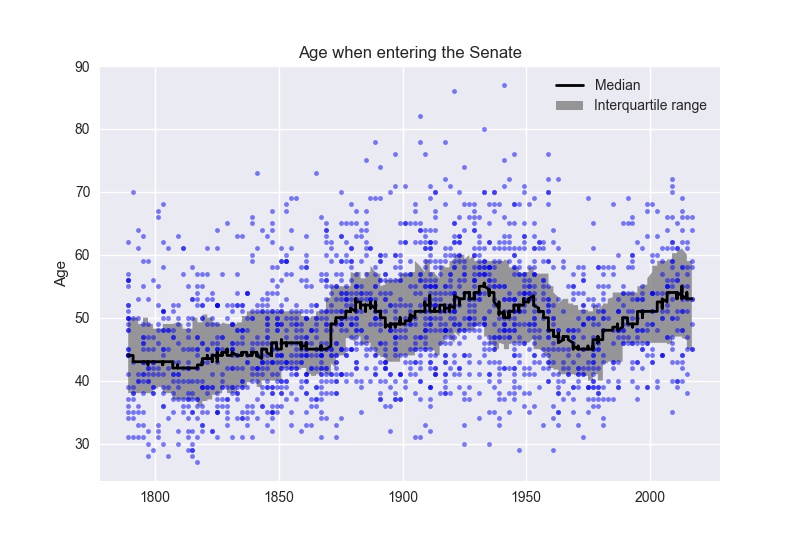 If we remove all of the Senators serving more than two terms, we still see a large rise in the average age. There are likely many other selection effects happening, but it is not clear from this data that term limits would help at significantly reducing the age of Senators. 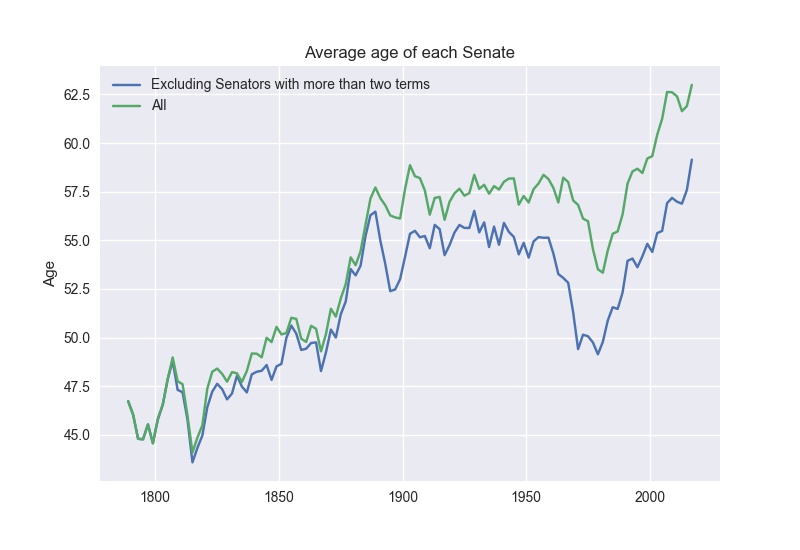 Even if terms limits do nothing to change the age of congress people, there may be many good reasons to institute Senate term limits beyond lowering the average age of Senators. One example of this type of change is in Arkansas, where by at least one analysis, fewer lawyers are in the assembly after their term limits went into affect. Beyond that, term limits simply mean more turnover in the legislature. Again, it is not clear if this is a good or bad thing and there are arguments on both sides. Freshman congress people may be more easily influenced or may be inexperienced, while congress people that have served for many terms may be entrenched and not represent their constitutents.

To know for sure what effects term limits have, we should look at a natural experiment - for instance two neighboring states that instituted different term limits. More on this in a future post.